Raccoon Fighting Sounds - Do You Have Raccoons In Your Attic

Raccoon Fighting Sounds – Do You Have Raccoons In Your Attic?

What Noise Does A Raccoon Make When Fighting?

Raccoons are known to make many different types of noises. At Critter Stop, we have customers describe the raccoons in their attic countless different ways. When raccoons are fighting or feel threatened, they will usually make a shrieking noises. The shrieking is often preceded or followed by a growl or whimpering sound, depending on how the fight is going.

When Do Raccoons Fight?

Because raccoons are nocturnal, the vast majority of altercations happen at night. If you hear raccoon fighting but the sound is during the day, it is highly likely you are hearing something else.

Why Do Raccoons Fight?

Raccoons can fight for several different reasons. Female raccoons are most likely to fight when they are protecting their young. Females often take their young away from the male raccoons at a young age for their protection, but if the father tracks them down, the mother will often become very protective and ward off the father.

Female raccoons will fight other animals as well. Like many other animals, they have a strong motherly instinct and are willing to fight ferociously to protect their little ones.

Raccoons are scavengers, eating what they can find. As they go longer without eating, they become more and more aggressive in search of food and / or more protective of the food they do have. Another common reason raccoons fighting is over food.

Lastly, many raccoons are infected with rabies, which makes them less rational and more aggressive. Rabies can cause a raccoon to fight another raccoon or animal when it otherwise would not. 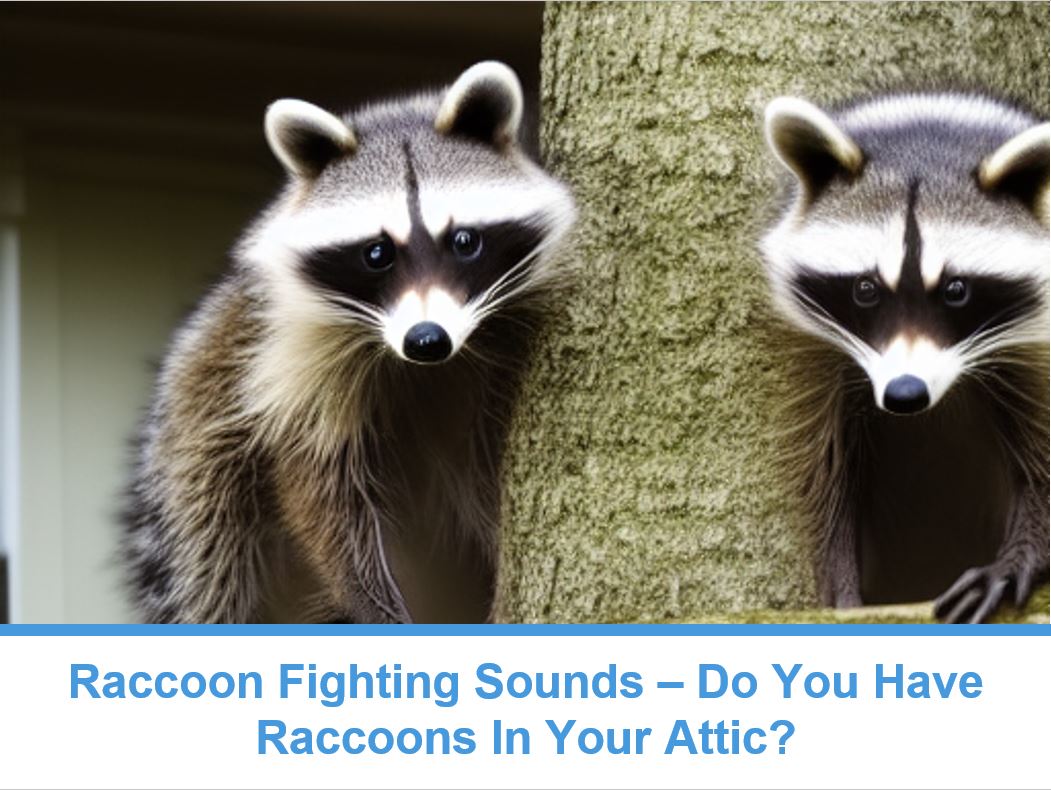 Get in touch with us for a quick quote!